In several situations, you might want to move a deployed CI/CD pipeline from one target to another one. On Elestio, you can safely move a pipeline between targets even if the pipeline contains data.

In all those situations you will want to move some or all of your pipelines to another CI/CD target (new or existing one).

Move a CI/CD Pipeline to another CI/CD Target

1) From the Elestio dashboard, click on CI/CD in the left menu then click on your pipeline to open the overview. 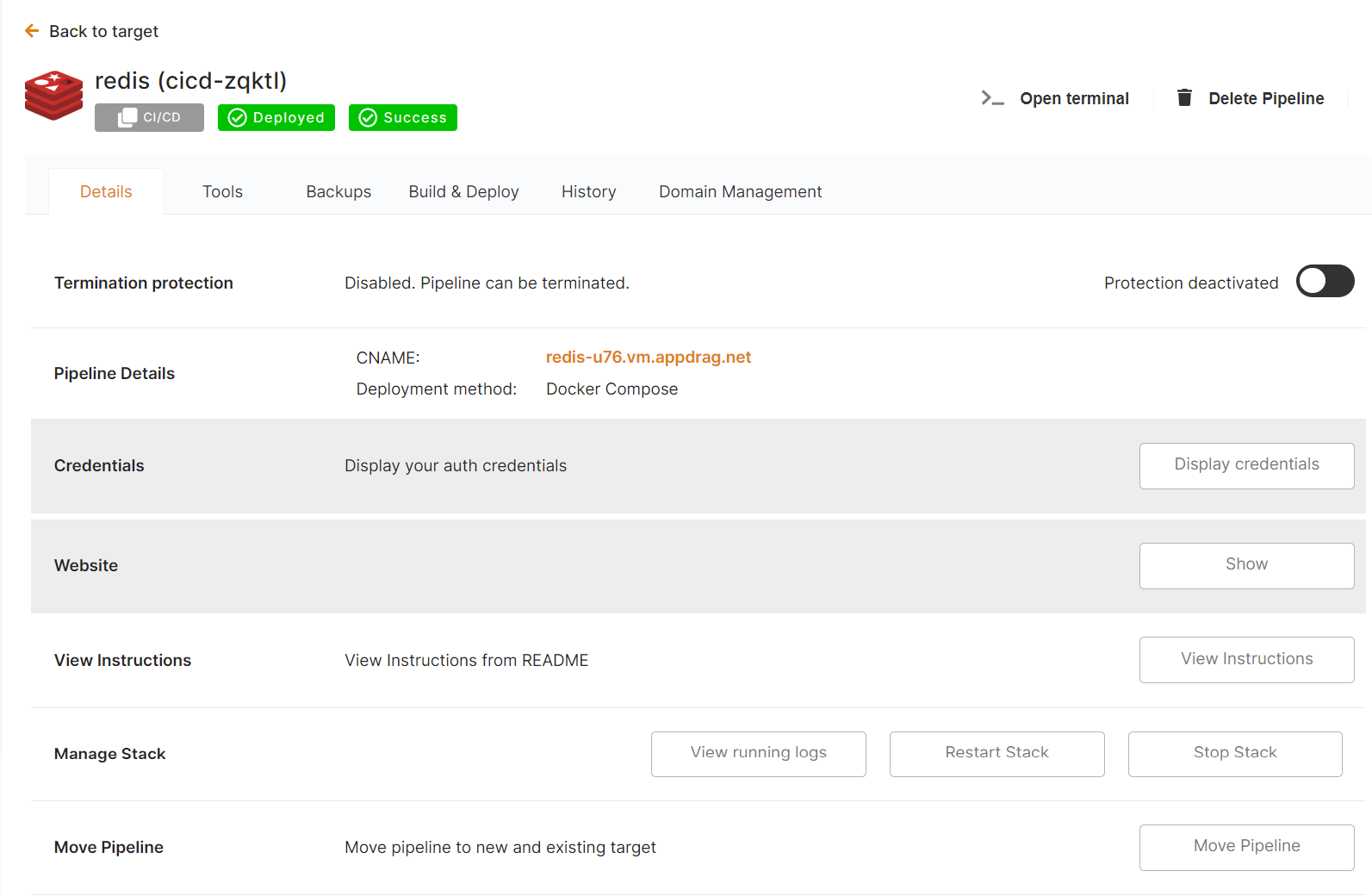 Moving a pipeline to an existing CI/CD target is FREE.

When you move a pipeline we are automating those operations:

The whole process usually takes less than 3 minutes, but it can last longer if there is a lot of data to back up/restore.

Previous
Custom domains on CI/CD pipelines
Next
Create your own template (elestio.yml)